Dark Arts of the Orc 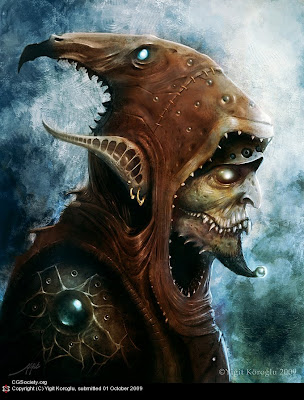 In deep caves and primordial darkness the keepers of the ancient secrets weave their black arts; in longing of that which is lost and forgotten they stand between that which is and that which must not be. Theirs is the sorrow and the fear, theirs is the forlorn hope. Theirs are the words too dark to speak.

Storyteller's note: The Orc does not have the ability to do real magic. Nevertheless, the shamans of the Black Blood possess secrets of dark and terrible rituals. The most noteworthy example is the soultheft performed on the Hermetic Adeptus Andreas in YE 998. The soul of Andreas was cut from his chest, and sowed into the flesh of Franko da Cola. This is also what prompted the Ordo Hermetica to sentence da Cola to Gilgul, or Death of the Soul. The sentence was never carried out.

The dark arts of the Orc are classified as Hedge Magic, and relies heavily on channeling.