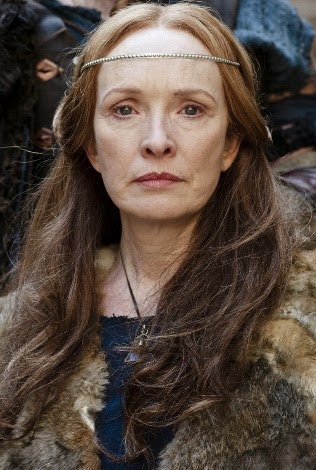 Ylvana is the queen of Terema, the northernmost realm of the Enlightened Alliance.

She is credited for preparing her people for the arrival of the OUT colony, as well as a number of reforms. In her reign Terema has progressed from a retrospective and isolationist society to a progressive nation with close ties to the southern realms. She has also managed to maintain her people's culture and integrity in the face of strong influence from both Outsiders and foreigners.

Her sobriquet Sáitidronnet, literally meaning 'spear queen' was given her by her people. It reflects her strength, her keen and piercing mind, and is a reference to the Enæïdùn spear she carries. 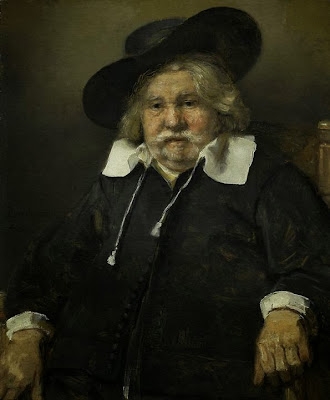 Ludolf Ansenius Bezuidenhout is a cargo broker by trade. As with most others of that profession, that makes him equal parts fixer, fence, gossip, merchant, and spy. The Wezellian is is a man who serves two masters, each with matching zeal, the gylden and his wife 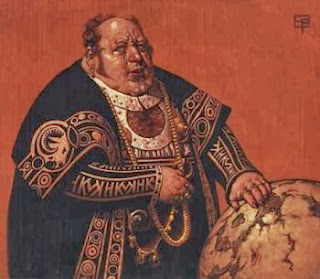 Filibert Albersnagel is the kaupmaðir of Rederhafen's Arkonshov. As such, he is responsible for trade and purchases on behalf of the temple, as well as the keeping of the stores and coffers. He is a Wezellian by birth, but after the the temple adopted him following his parents death in the Great Explosion, he has devoted his life to the service of the Law-giver. 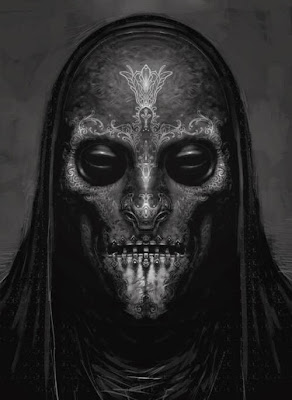 Cas Bestatter is the Ghost-warden of Rederhafen, an office charged with maintaining the peace of the living, and facilitating the passing on of the dead. The Torn Advocate heads a Crewe of six geists called The Deathwatch.  Part ghost hunters and part psychopomps, the Warden and his deputies keep a constant vigil over the busy metropolis. 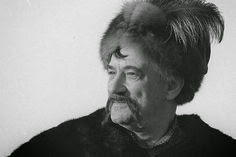 Osip Chmielnicki is the Grand Duke of Zapadnogorod, the westernmost region of Yukowar . Since he inherited the title he has opened up his dutchy for foreign trade.

Though not a member of the Enlightened Alliance, the Yukowni have an old magical tradition, one that has been deeply intertwined with the state for centuries. It is believed that the Grand Duke has several wizards advising him, and that at least one is always at his side

Storyteller's note: This is a roundup of NPC-vignettes posted over the course this last week in the G+ community. Some of these may end up getting a full-post write up at some point, others will probably never get a talking part.