Not closed yet (Last Chapters) 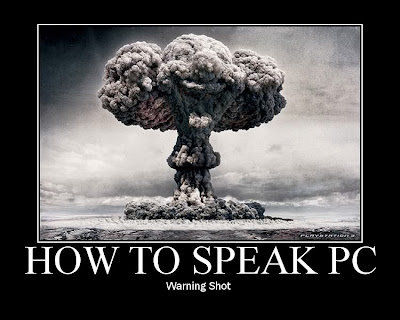 It's been a good long while since last time my friends, but I wow (again) to get back to regular posting. The list of excuses reasons for the hiatus is long as my arm, and I will not bore you with the specifics. Let me just say that since last time members of the BoW crew have been to Canada, Iceland and Italy. Needless to say, this excessive globetrotting has made our weekly gatherings hard to pull off.

It is my hope and intention that as the dreary routine of autumn and winter binds us to our rainy city, we will get back to saving the beleaguered world of Argos from its seemingly inevitable doom.
However, the last month haven't been completely devoid of playing. On that note, and since I've dabbled in democracy, I'll try to give an account of what's happened in the Book of Worlds since last we spoke.
---
Two months passed while the Arcane Congress debated theory, philosophy, arcane practise, the state of the world, and who owed whom money or satisfaction. In the end, the the Covenant of Enlightenment was signed, and Argos again had a council of wizards, witches, warlocks and werefolk. The first action of this new world order was to declare war on the Temple of Man Supreme.
The Pius Cabal, always eager to save mankind from itself, decided that they would take the war to the enemy without ado. Therefore they set out to end the hegemony of the corrupt Humanists by slaying the source of all this evil (or so they reckoned), namely the head of the Temple, the man Supreme, the Most Enlightened, the Purest of Souls, the Arch Primarch of the Southern Temple, the man named Inocens IX.

And so they set out to rid the world of this arch-heretic. To confound their quarry, the noble heroes travelled through Nightmare, and thus reached the impregnable walls of the Enlightened City. From afar, they saw the shimmering light of devotion that reached into the heavens from where once the Tower of Truth had stood. Around this massive pillar of light a host of angels circled, and the Dominion lay heavily over the land.
The heroes, never daunted by poor odds or superior numbers, and with righteous belief in the truth of their cause, demanded entry to the Palace of Light. When the Guardian Angels denied them, they saw no other alternative than to make might prove right; the Great Hound N'garthl was summoned and let loose on the bridge where the heroes had been wrongfully denied crossing. In the mayhem that followed in the Nightmare Demon's tracks, the heroes made their way in to the dream of the Arch Primarch, and here imprisoned him deep in the Dreaming in a cell no mortal could ever escape from.
When the prisoner was examined, it became clear that he was not, as one might have believed, the mastermind behind the evil wrought by the Temple. Rather, he was little more than a marionette, controlled by a vile creature not of this world, a hideous tentacled tumor with an evil, yellowish eye, a Zaprophyte that sat on the priest's neck. It quicly became evident that removing the foul entity from the man would kill both the host and his soul.
The magicians set their arts to binding Zaprophyte, and thus managed awaken the Arch Primarch, and not his keeper. For fourteen days the prelate laboured in secret (for many around him were part of dark conspiracies, or carried Zaprophytes themselves) to bring good into the world of Argos. His efforts were all directed at strengthening the defenses of the Island of Cora, the last fortress between Eria and the the Dark Continent.
Here we end this chapter.
[Picture source: 1 RPGnet; 2 Angelspread; 3 The Babylon Project]