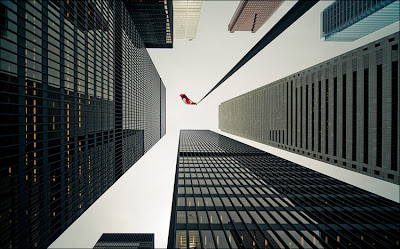 In 2001 the world changed. A complicated and well coordinated terrorist attack was pulled off right under the noses of the global intelligence community. As a direct result, billions of dollars were pumped into new programs, laws were passed, and agencies and organizations were restructured or created to deal with the new reality. Of course, in this climate of fear and secrecy, every single dollar was not accounted for. More than one agenda thrived in this new world of darkness.

I-CROP is only one of many intelligence contractors funded by the U.S. Government. As is often the case, few know of it's existence, and even fewer know what it is exactly that it does. It is listed as a think-tank, with offices in New York, Toronto, and London. Where it appears in official files, the group is described as doing "studies and analyses of extremist groups and counter-paradigmatic organizations."

The Toronto office is located on King Street, in the 17th floor of a modern glass-and-steel high rise. It is led by Dr. Christopher P. Hunter, a stern, pin-striped, middle-aged gentleman who divides his time between the office and various public functions. He has published several titles on counter insurgency, religious symbolism, and occult orders, both historical and contemporary. Apart from a number of analysts, the I-CROP employs a small number of field-agents -- usually independent contractors recruited from a wide variety of fields.

Storyteller's note: This is a preliminary draft for the friendly local conspiracy for Friday's game. I-CROP stands for International Committee for Research of Occult Phenomenons, and is a front for an as of yet undefined group of Mages and/or other supernaturals. I have a few thoughts on that, but for now I see no point in muddying the water with too many red herrings. Ladies, these are the guys who sign your pay-checks. Also, I am in need of a name for this game so that I can assign it a goddam tag.