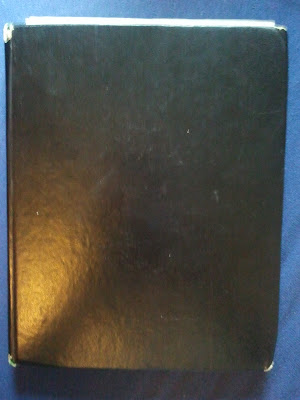 When I posted the first part of this series, I was about to leave Bergen, now I've arrived in Ajax. There will most likely be some changes made as to how much I blog, and about what. The specifics are yet unclear though. I have begun writing what may become a novel, and that will take up most of my writing-time. Still, I will be playing, and posts on that will most definitely be forthcoming. The world of Argos will still turn, but for now, mostly in my head. This coming Friday will see a session of WoD, and some thoughts on that should be on the interwebs over the next few days.


For now, here's a few pages from another of my old notebooks. The chronology is a little messed up, as I used a few books in this period.


This is the background I wrote for my first ever Mage character back in 1999. I had recently moved to Bergen, and while working as a security guard at the student centre I stopped a guy while entering. He had the Virtual Adept symbol tattooed on his arm, and we struck up a conversation that led to me hooking up with a group. Not many days later, I sat down to play in a game run by Håvard.


Jonathan Valen was a Swedish Odrer of Hermes Adeptus of the House Thig. He carried his staff in an oboe gig-bag, and used a laptop as his spellbook. I think I played him for a few months before we moved on to a different chronicle. 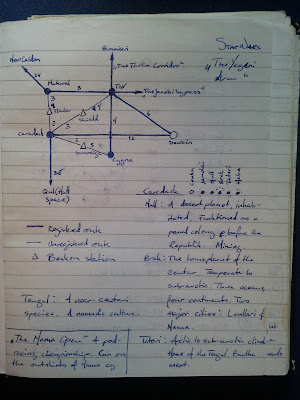 Here we have the first draft of the Forandor Sector from the Star Wars d20 game I ran between 2003 and 2005, if my memory serves me. It was a damn good game, if I say so myself. 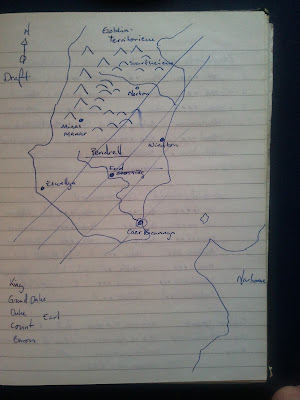 This is the first map-draft of Argos. I must have drawn it sometime in -02 or -03. I know the first game was in -03, but at that time I had drawn a more detailed map. The outline is still the same, but that island in the Inner Sea has vanished. Perhaps it should reappear? 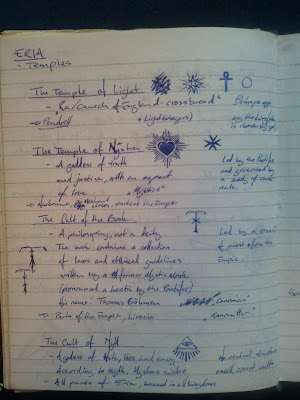 Another page from the early days of Argos, before it was called Argos. I threw together these temples for the first game, and none of these survived into the world as it is today. The Cult of the Book is interesting however, as it is a kind of proto-religion in the context of the Cabal of Pure Thought and the Temple of Man Supreme. As with the two latter, the former is a philosophy, not a deity-centred system of belief.