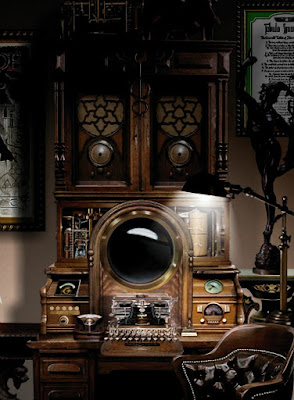 ATC
The Arcutrean Trading Company, a chartered company with exclusive rights to interworld trade in the Arcturean Arm.

Commonwealth, the
The largest human civilization, spanning dozens of worlds.

Construct
Artificial world or settlement, not on a planet.

Corregidor
Construct world and capital of the Commonwealth.

Custos ex Machina
Guardians of the Great Machine and secret police of the Commonwealth, special focus on deism and luddite movements.

Deism
The worship of gods.

Exodus, the
The great migration from Argos.

Godmachine, the
Colloquialism for the Great Machine.

Hinterverse, the
The physical galaxy; originally the universe beyond Argos.

Hyadean Arm
A remote spiral arm of the Hinterverse, believed to have been where the OUT hid most of their fleet.

Lex Deorum
The law against worship of gods Lost Ships, the One of three groups of people leaving Argos in the Exodus, led by a queen and disappeared into the Hinterverse. Many expeditions have failed to locate them.

Magnetogram
Wireless communication by text across the vacuum.

Male Astra
Large comet that appeared suddenly. Known to affect the collective psyche of whole worlds as it comes within view.

Multiverse, the
The entirety of cosmos, including the non-physical astral realms.

Ordo Ultima Thule
An advanced thaumaturgic civilization, exiled from their world following an apocalypse of their own making; also OUT.

Prognostication
1. The function of an analytical machine; or 2. the science of interpreting the analytical data of the Great Machine.

Resurrection War
When Male Astra first appeared in the Centarian Arm, a group of theurges started an uprising against the Great Machine, this spread across several worlds before Peace was restored.

Thaumaturgy
The forbidden and dangerous practice of harnessing non-physical entities.

Third Wave, the
The last major wave of expansion by the Commonwealth.

Vacuum
The space between worlds.

Vermillio
The first world colonised by the Commonwealth and the largest exporter of agricultural products.