Fragments of Truth and Fiction IV 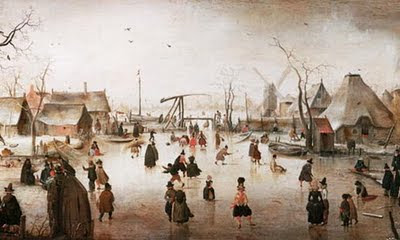 Despite the war drawing nearer, or perhaps because of it, the citizens of Apeldoorn gathered for Freeday games on the frozen channel. The cold air was filled with laughter and happy voices, and for those afternoon-hours they were as happy as they had ever been. At least the children were -- few of the adults were able to wholly forget the Year of Crisis, and the fear of it merely being the beginning. 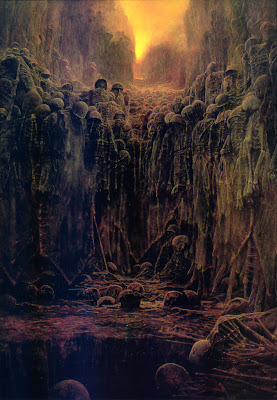 When the body dies and the soul departs, there are still paths it can follow. Few are free of peril, and many are lost, to the Deep, to marauding demons, or to Oblivion. Some of these paths no longer lead anywhere, and the soul who walks it will be trapped. Unable to move forwards or backwards they petrify, becoming part of a hopeless landscape, cursed to wither away until the dust of their memories are whisked away on the uncaring wind.


It is now 41 days since we left Baldarin. No contact with enemy after the frigate by Seginus Alpha (D-762.266). Have now reached the Aragonian Abyss. Hull is creaking. We can not find the Argos lunar-beacon. Will attempt to find the EXODUS I-beacon. Course set for the Saragossa Chasm. Something has been following us for 7 h. 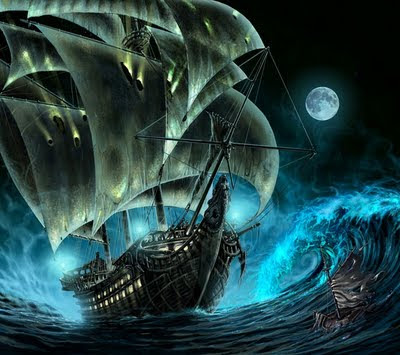 The ship lay almost inside the surf. She rarely came this close to land -- why should she? Her crew never left her, and few who stepped onto her her deck ever saw land again. Now she lay there, rolling as the dark ocean hurled itself relentlessly against the shore. Her passenger had left, and soon now she would return to the others, out there on the deep and eternal sea. 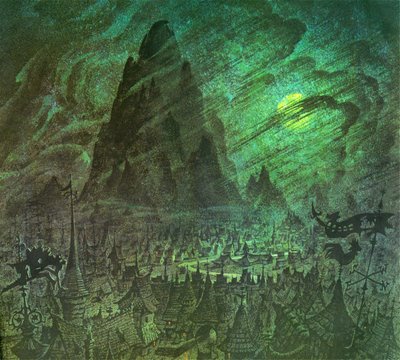 The traveller stood on the empty turret, leaning on his staff. He was looking out on the jagged roofs of Kal-Shaitarak, the City of Sorrow. "I really loathe this place," he mused. He had been talking to himself for a time now, but had come to appreciate the company. "After all," he said in a soft voice, "one should listen to the words of a wise man." He pulled his coat closer as he turned his eyes towards the heavens, scanning the stars. After a while he found what he was looking for, and nodded slowly. "I see," he said. Then he turned towards the stairs and began the descent. 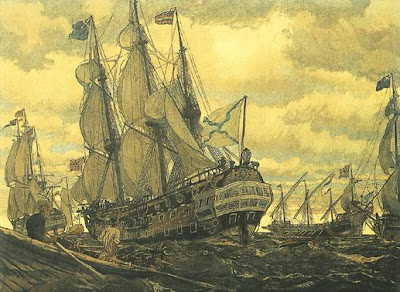 Secondman Dvergthorp stood on the deck of the sloop Skjoldborg. He had never seen so many, and such magnificent ships at one place in his life. They had left Livonia a week ago, and though they had known the fleet was big, nothing had prepared him for what awaited them when they reached the Erian Gap. There were sails on all sides, and flags from every realm in the Alliance. His heart swelled with pride, and he sent a silent prayer to Bolgen, asking only that the enemy would come here, and that there would be enough of them that he would get to see battle before it was over.