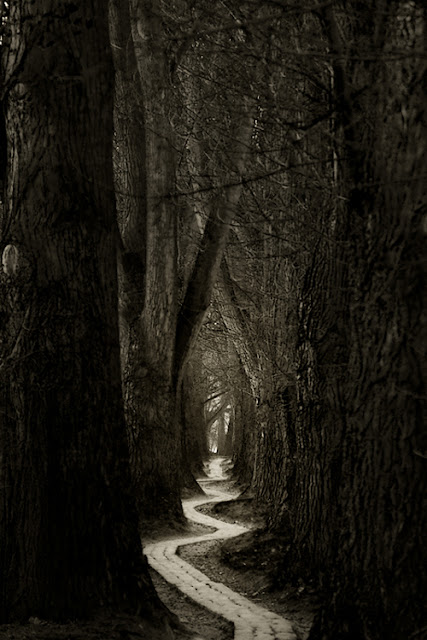 I've found that what I've been focussing on the most now that the epic Pius Chronicles are coming to an end, is how to achieve a narrative flow that ensures that all those who tell the story has, a) a feeling of involvement in, and ownership with, the tale told, and b) a sense of continuity in plot, setting, and action. The roleplaying trope is that the GM has the final say on the plot and the setting, and the players influence this through their characters. Whether the form of play is sand-boxing or rail-roading, or falls somewhere in between those two axes, this balance is deeply rooted in the culture of the hobby; most core-books have some version of, "the GM has final call over what is accepted in the game," clearly stated at least once.


Permit me to go off on a tangent here. I am an old fan of Babylon 5, and I've watched the whole series at least six or seven times now. Each time I find myself enjoying it for slightly different reasons. A week or so ago I finished my last run through the five seasons, and this time I had been relishing in the storyteller-craftsmanship displayed by J. Michael Straczynski. His, and the rest of the cast and crew's vision, was to tell an epic science-fiction story arching over five seasons. Despite all the challenges -- there were, and still are, more than enough of them lying in the way of a writer/producer of a TV-series -- they managed to do what they set out to do. They told their story well, wrapped it up, and left it with just enough unanswered questions that the mythos still lives.


The question I've been asking myself is how did they accomplish this, and how can this be done in roleplaying. For natural reasons I've been approaching this from the perspective of ending an epic chronicle.


In my experience there are three ways to end a campaign: 1) Because circumstances dictate it, 2) because the story reaches it's natural termination-event, or 3) because the game dies of itself. Number three is by far the most common, but also the least rewarding. This is where everyone comes to realize that it was more fun a good while ago, and none are able to revitalise the story. Number two is probably the most desirable ending. Here everyone is left with good memories, and the story is remembered as a thing of beauty. Number one is the tricky one, as this demands a degree of plotting, fidgeting, and compromise to pull off successfully.


To return to Babylon 5, think of the major, human characters as the PC's -- this is a simplification to illustrate my point. Two, Sinclair and Ivanova, disappeared, and three new ones, Sheridan, Marcus and Lochley, joined the group. Marcus, of course, gets a Good Death at the end of season 4. Further, season 5 is very influenced by the great uncertainty of it ever being made as season 4 drew to a close. Major plot-lines were tied off quickly in the last episodes of S4, and some new, or peripheral lines, had to be explored in S5. Despite these factors, S5 -- the weakest of the five -- is worth watching due to the quality of the overall craftsmanship, as well as the closure it brings to the story. This also leaves Babylon 5 with an end result I think bears many similarities with a good roleplaying chronicle; not every chapter of the tale holds the same quality, but the flow of story sustains interest and suspense.


I mentioned having reflected a bit on how to achieve something similar in roleplaying, and I've also discussed this with a couple of very clever roleplayers. What I have come up with is to steal and adapt a tool used by script-writers and other people collaborating in creative processes. What I am thinking of is the writing/production/creative committee, where the involved parties take some time to assess the development of characters, plot and setting so far, and to discuss possible future developments. I've decided to use story-boarding to refer to this is roleplaying, mostly because I think the name is solid and easy to use. So for the rest of this argument, this term is used to imply the RPG-technique, not the cartoony motion picture production tool.


In my group we've touched on something similar to this from time to time, but I have no experience with using this technique in a game, so these are only my ideas on the matter so far.


The way I see this working is that at some point in the game, players and GM step out the rigid roles they have around the table, and look at the story from a meta-perspective. This can be done before each session, at the end of it, or every third Thursday of the month, whatever works best. When story-boarding, the goal is to discuss the story being told, and to explore where the group wishes to take it next. Lets say that our group has recently resolved a larger story-arch, and a few major plots has been furthered. In this, one of the players has been able to play out a personal arch as well, and a few new red herrings has been found. While story-boarding, the group debate which plots they should pursue next, and also which story-elements they wish to explore. One may want to resolve something is his character's past, another may want to include an NPC more, and a third may want to play a horror-scenario.


While story-boarding, I think it is important that the sheets are left on the table, and that the players can approach it without seeing the world only through their PC's eyes. It is also important that everyone, also and especially the GM, is willing to listen and contribute constructively. I also think that while this forum is set, everyone should try to focus on what would make the story most fun for everyone involved. Achieving perfection is of course impossible, but through this approach I believe that good bearings can be taken, and that this will make the course that is plotted in game more true.


The way I see this working, nothing will necessarily change in the way the group run their games. The players still play their characters, and the GM still does the game-mastering, with everything these things imply. What is different is that there should now be a consensus and an understanding as to what the group wishes to accomplish in the next few sessions, and in which direction the story should be heading. This is something I believe could make the overall experience better for everyone involved.


I must confess that what bugs me about this concept is that I wish I'd had the idea three months ago, as it would probably have been a most useful tool now that we have to play the end of our chronicle. Then again, I've long since reconciled myself with the fact that one can only ever try to better oneself, and to learn by our actions when possible. I do know that the next chronicle I start will be submitted to field testing of story-boarding as a roleplaying-technique.


I hope this made some sense, and that I managed to not ramble off topic. I'd love to hear any thoughts you might have on this.