Some art to ease you over 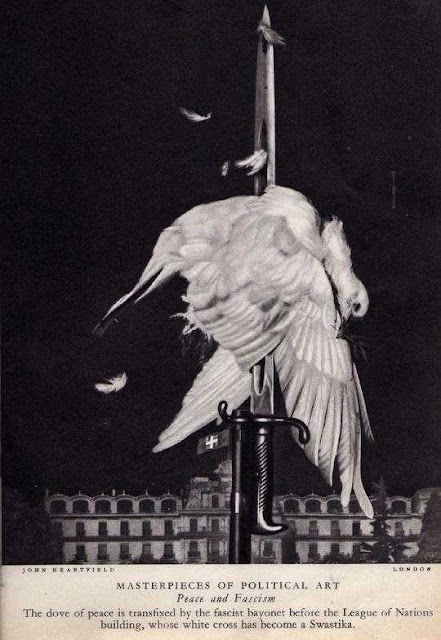 Lately Blogger has been making some decisions on it's own as to when certain posts should become public. For that reason, today's post appeared on your feed/reader a few hours before it was ready, tomorrow's did the same just now. To avoid people coming here to read about the Painted Man when there is no new post on that subject up as of yet, I'm giving you something else to occupy you with while I'm finishing up for the day.
As I've mentioned, I had the opportunity to visit Tate Modern a week or so ago. One of the artists I was made aware of was Helmut Herzfeld, a.k.a. John Heartfield [Wiki], a pioneer of photomontage. Some of his most famous work was done in the years between World War One and Two, and calling his art political may be an understatement. Since this post is thrown together in a hurry, I'll cut the introduction short and give you the art. 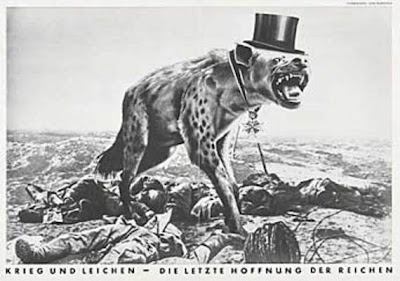 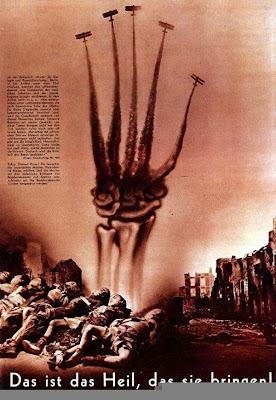 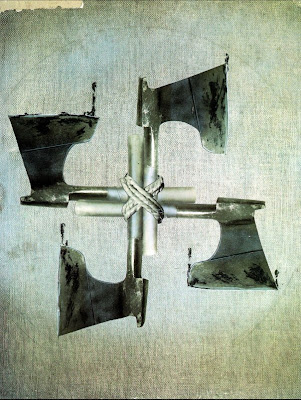 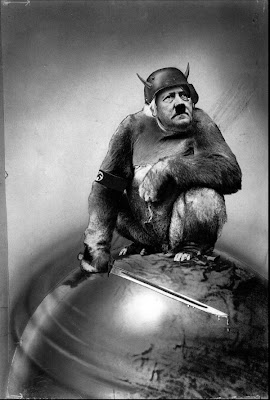 More of Heartfield's work can be found here.