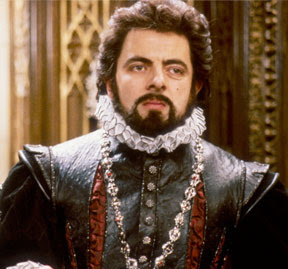 Adeptus Rupertus Themian Ludenius bani Flambeu began his career when he was chosen for apprenticeship at age fourteen. Born a Citizen, the first son of a northern farmer and his wife, he was brought before a Master at the annual Folkemoot, and there found worthy of being taken into the Order. Normally only children under the age of twelve, or those who have allready Awakened, are chosen at the Folkemoot, but the Master saw something in the sullen boy. And so Rupertus was enrolled in House Flambeu, one of the two recognized Houses of the Order.


While he proved to be hard working and focused, Rupertus's Awakening came late, and only at age thirty four did he finally get his Apprentice-robes. His teachers predicted a dull career for the gloomy young man, as most Hermetics his age now wore the robes of a Student of the Arts. They would undoubtedly have been proven right, had it not been for the patronage of Master Vermis Ludenius, of House Bonisagus. At this time, Vermis had only recently delivered his Masterpiece, and he chose the dark-eyed northerner as his first Apprentice. While it is not uncommon for a Master to take on an Apprentice from a different House than his own, this still caused some stir at the time. Some claim that the true reason for this was that Master Ludenius was not nearly a good enough magus to get the pick of the litter.


Master Vermis Ludenius was at this time assigned to the Mercantile Tribunal, and after that to the Chamber of Treasury, and over the course of the following twenty years, Rupertus studied hard under several of the Order's best teachers. It is said that one of his teachers once told Vermis that teaching the Arts to Rupertus was like explaining Etherial physics to a Presbyterian. Nevertheless, thanks to his own doggedness, and, some say, his Master's deep pockets, Rupertus finally won his Adeptus-robes in YE 1019.


The first year of his first mandatory two-year Adeptus praxis he served as Adeptus Secundus on the Aegathon under then Adeptus, now Master of the Fleet, Octavian Arbalestus. The second year he served as Adeptus Cataphractor for Master Severus Septimus in the northern borderlands. He received good evaluations after both these tours, and once he was released back to his Master, both his own and his Master's reputation had been vindicated.


By now the Great War had begun, and Master Vermis Ludenius had been appointed Burgmaster of Göteshafen. Rupertus became his Master's secretary and accountant, as well as serving as the Tower's Chair in the Town Council. At age fifty seven, he doesn't look a day older than thirty five. This is typical of the Hermetics, and the secret of their longevity is a well kept secret.


* Merits from The Book of Worlds, see this post.


Storyteller's note: This is the newest member of the Pius Cabal, and he came on board when the Pius recently visited Göteshafen. The reason for his assignment to the good ship Pius was a deal struck between his Master and Yolander van Zaar. In effect, they traded Apprentices. Simon, van Zaar's young Apprentice, was left in the "firm and friendly"care of Master Vermis Ludenius.


And so I took this opportunity to play with building a Hermetic. For me the really fun part was putting together his back-story. It'll be fun to see how he turns out once he's gotten a few sessions under his belt. God knows, he just might end up being useful.


Also note that the post on Göteshafen has been edited to include a paragraph on the circumferous and ever-friendly Master Ludenius.


In conclusion, any resemblance between Rupertus and any characters from popular culture isn't necessarily totally coincidental. When he suddenly showed up in game, I described him as looking like he came from an area close to where I grew up. I actually had some relatives of mine in  mind, but finding an era-appropriate picture of someone who could fill the role of a magician was not easy. Luckily I remembered that some of them bear a striking resemblance to a certain British actor. Besides, I thought the fit was pretty good, although he was said to be clean-shaven. Well, he isn't.