One of the chief sources of inspiration in my storytelling is history -- our history (as in RL, doofus). Now, as it happens, I'm a history-buff, reading one book after another about ancient wars, collapsing empires, and the customs of people long dead. One of the drawbacks is that when I toss out a reference, say, "The man is dressed in a slightly old-fashioned manner; picture a late 16th Century Englishman," it may not necessarily be universally informative...

Portrait of Abel Tasman, His Wife and Daughter
Attributed to Jacob Gerritsz Cuyp (1594–1651)
Picture hosted by: the National Library of Australia
The portrait is of a Dutch explorer, in fact the first European to find Tasmania and New Zealand. This is a nice example of the style of a Wezellian family. 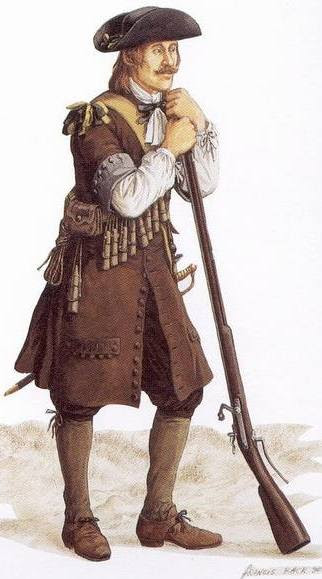 Soldier of the Carignan-Salieres Regiment
Francis Back
Picture hosted by: A Canadian Family
This fellow represents a typical Erian infantryman. Uniforms are not widely used by armies, instead using colored cloth tied around an arm, a flower in the hat, or any number of similar improvised ways of signalling uniformity. Note that certain prestigious units, like royal guards, use uniforms. One important distinction is that the picture displays a matchlock musket. Most kingdoms now use flintlock muskets, or even the expensive flintlock rifles.

Picture by: Swords and Armor
Another trusty companion of all soldiers and adventurers is the sword. In the world of Argos, the swords in use are not typically the huge blades of Conan or Strider, but the slightly more sophisticated basket-hilted Renaissance blade. Of course, the true gentleman will arm himself with a musketeer-style blade akin to that on the above picture. 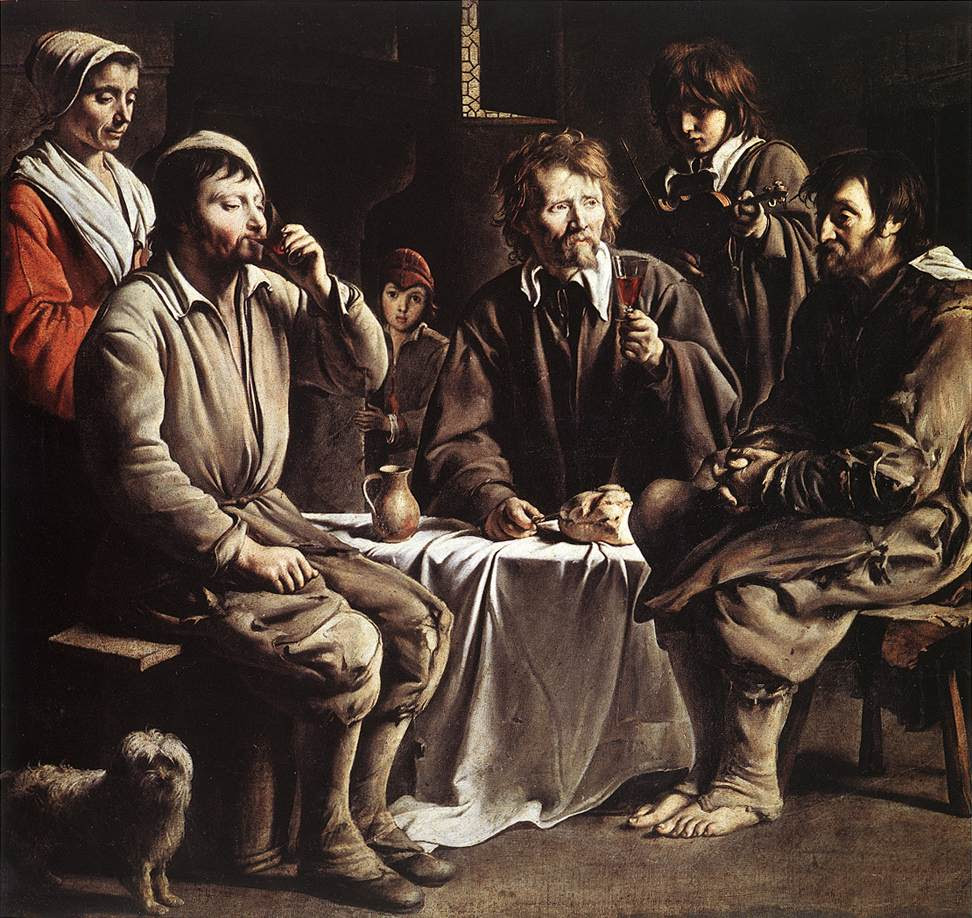 The Peasant Meal
Le Nain Brothers
Picture hosted by: lib-art.com
And this romantic scene offers a glimpse into the life of the average working stiff. Even in a roleplaying world, not everyone leads a life of daring adventures.
The awesome Wikipedia has a nice article on era-relevant fashion. This is a good general introduction to the mainstream fashion of Eria, and it also explains a few slightly foreign articles of clothing, like the doublet and other items not commonly found in most contemporary wardrobes.