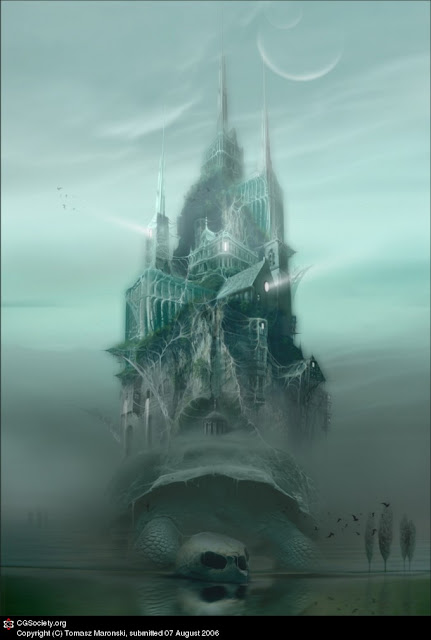 The fabric of the multiverse is made up of five different planes, the Prime Material, the three ethereal planes, the Astral, the Shadow and the Underworld, and the Abyss.  Each of these abide by its own laws, and denizens of one may not act without impunity in another, even if they may at places overlap. The barrier between the Prime Material and the Umbral planes is called the Gauntlet.
The entities that dwell in the ethereal planes are often referred to collectively as spirits, although anyone who have studied the matter will agree that this is a far too generic term. Still, most of the ethereal beings share a common trait -- they lack a permanent physical manifestation, something that hampers their abilities to interact with the Prime Material.
Ancient myth tells us that before the Fall all the planes existed in harmony; spirits, humans, ghosts of the dead, gods, avatars and elves, all existing side by side. If the oldest sources are to be believed, each knew their place in the metaphysical framework of Creation. While this didn't mean that all were equal, interactions between the realms were guided by the Compact.
The details of this Compact has been lost in the mists of time, and some claim that the existence of such a thing is nothing by retrospective romanticism. Still, the Batini believe that the Bans, Boons and Contracts that govern many ethereal denizens' interaction with the Prime Material Plane stems from this ancient Compact.
The topography of the ethereal planes are not easily quantifiable in terms understandable by man. Concepts like space, time and matter all adhere to different rules than in the Prime Material. There are also different realms within the planes, some being in a state of constant flux, others utterly unchangeable.
Most knowledge of the realms beyond the Gauntlet has been lost, or destroyed in the Great Purge following the Covenant, and much has never been known by anyone born by woman. There are also things so unfathomable that the knowledge of which will break the mind of those who learn it.
The Prime Material Plane
The physical world, or worlds, if you believe the words of certain Outsiders, are found on this plane of existence. The Prime Material plane is the home of all things living, and all things physical. It is the plane on which the world of Argos nestles, and the natural home of man, beasts, mountains and forests. The Wise argue that the Prime Material binds the three ethereal realms to existence, and that should the one cease to exist, the three would unravel. They say that this is where the Circle of Creation continuously unfolds, death following birth, and destruction following creation, over and over again; without this, the rest would be nothing.
The soul of man is bound to the Prime Material Plane at birth, and passes beyond at death. This, the Temple of Man Supreme argues, proves the blessed nature of man, for no other entity is part of all Creation in such a manner, and man is alone amongst all created in having both an eternal soul and a corruptible flesh. 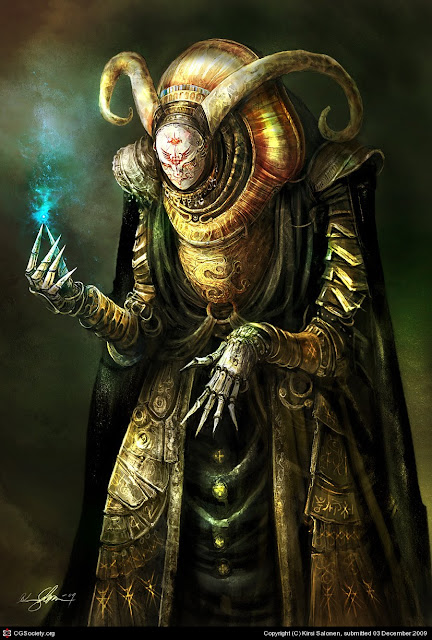 The Ethereal Planes
The Shadowrealms
When someone passes through the Gauntlet from the Prime Material, they enter the Shadow. Everything native to the Shadowrealm is composed of ephemeral spirit, and here all spirits are alive. Of all the ethereal planes, this is the one that is closest to the to physical reality.
Closest to the Gauntlet the metaphysical landscape will resemble that on the other side, but places with a strong resonance will appear more physical, while those without might be missing all together.
As one travels deeper into the Shadowrealm, the surroundings will become more primordial, and man-made structures will become few and far between.
It is said that there are caves or dark passages in the Shadowrealms that leads down to the Underworld, or even to the Abyss.
The Underworld
Death comes to all who live, so goes the saying. This plane is anathema to life, and the living is not welcome here. The landscape may be made up of cavernous grottos, labyrinthine tunnels, or vast empty plains. What is constant is the feeling of absence. Absence of self, of hope, of colour. Absence.
Deep within the Underworld runs the River Styx, and many dead are put to their final rest with two coins to pay the Ferryman for passage to the Shores of Dìs. Now that the god of death has been slain, most of the dead never reach the Farthest Shore, instead becoming Lost, or worse, they are drawn into the cold river and swept out to the Deep.
Beneath the Underworld lies the Abyss, and now many of the foul beings from that blasphemous plane creep into the Land of the Dead.
The Astral Plane
This is the demesne of abstract concepts, of gods, and of beings so different from us that we cannot begin to understand them. Legends tell of great magicians who set out to explore these realms, only to become lost to the world for all time.
Amongst other things, this is where the gods make their home. Examples of divine realms are Ethelingagard and the Dreaming. Other such realms have drifted too deep in the Umbra to be reached, or abandoned to entropy and roaming spirits when the man killed his gods in the Second Age.
There are two major theories regarding the nature of the Astral Realms. The Humanists claim that it exists within the soul of man, that it is in fact the consciousness of the Enlightened mind. This theory states that by going deep enough, one may get to the very core of one's being, and thus to the core of Creation itself. The Hermetics hold this to be untrue, and instead see the Astral Realm as the sum of the consciousness of all of Creation.
The Abyss
With the Fall of the Exarch, the Tapestry was torn, and the balance was forever upset. The Speakers of Mÿn believe that before the Fall, there was no Abyss. They claim that the Things That Must Not Be comes from outside of Creation, and that such was the havoc wrought by their coming that everything was forever thrown into madness and chaos.
From the Abyss, dark things crawl forth, and foul things seep into the fabric of everything that comes into contact with it. Deep in its darkest depths the Lord of the Locust, Great Cthulhu, lies stirring, dreaming vile things into Creation.
Of all the Umbral Planes, the Abyss is the easiest to access from the Prime Material.
The Abyss and Paradox
There are ancient scrolls that speak of the Dawn of Man, when Hermes stole the fire of the gods. In these early days all things were in Harmony, and Paradox did not exist. Then came the Fall, and the Fabric of Creation was forever corrupted. Regardless of the truth in this, the insanity that often claim those magicians who disregard the dangers of vulgar magic lends weight to the argument.
[Artist 1 Tomasz Maronski; 2 Kirsi Salonen]