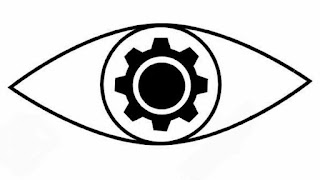 In the millennia that has passed,
Corregidor has been expanded based on designs produced by the machine, to the point where world and machine are now basically one. Moreover, the machine functions autonomously, analysing and prognosticating every scrap of information absorbed by the cables and conduits that connect it to every aspect of life on the planet and beyond, into the multiverse.

An army of engineers work tirelessly to maintain complicated number mills and conduits.

Its prognostications inform the day to day administration of Corregidor, but also the long term goals of the Commonwealth. The Houses of Parliament will submit their draft bills to the machine and pass them into law if the probabilities are returned favourable.

Despite deism being illegal in the Commonwealth, there exists a sanctioned heresy connected with the machine. The Church of the Great Machine worship it and base all of its doctrine on The Great Calculation, a collection of precepts and guidelines compiled from the machine’s output. This heresy is widespread enough that “Godmachine” is an established colloquialism for the Great Machine.

Newer Post Older Post Home
Subscribe to: Post Comments (Atom)
This is a mostly inactive - but still moderated - blog about roleplaying. More to the point, it is a blog about my roleplaying. The blog was created as a forum for my writing and rambling about the games I ran in my own roleplaying world: the world of Argos and the multiverse surrounding it. The majority of the posts from 2011 and earlier will be on that topic.
In the past I have briefly explored the OSR, and for a while I posted on my quest for the roots of the hobby. I've also run a few sessions using a D&D 3.X hack as well a Cyberpunk/Mage-setting and I've played in a few different games. The present game is set in the multiverse that sprang out of the Argos-games, using the GUMSHOE/Trail of Cthulhu engine.
You will, of course, be able to find other things - as well as other games - here as well; at least in my mind, most of it is somehow connected to my storytelling and world-building.
Disclaimer: Links from this site to Amazon.com and DriveThruRPG are sponsored.
Scroll down for subscription options.