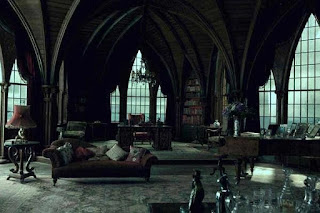 Bral was settled centuries ago, during the Third Wave. At this time, the massive expansion created a ravenous hunger for minerals , leading to prospectors braving the rough lanes of the Severn. By now, every gram of ore has been dug out of the asteroid, to the point where it is kept from dissolving into debris by the bulkheads, struts, and structures that make up the urban hive beneath the outer crust. This hive is divided into forty two districts, Sunward, Shadowfall, thirty nine numbered Warrens, and The Labyrinth.

The rock’s meager atmosphere is insufficient to support life and the ambient radiation creates further risk. Most activity therefore takes place inside sealed structures or in the enormous subterranean warrens. Work outside for any length of time relies on atmospheric suits.

Bral’s roughly cuboid shape is about two kilometers long, a little more than half a kilometer broad and a little less again wide. It spins perpendicular to the ecliptic, just fast enough to distribute detritus in a belt stretching away from the rock. This spin helps it maintains a stable orbit around its sun. One of the flat sides is always facing the sun while the other is always in darkness. The dark side, Shadowfall, is lit by electrical lights and Caliban’s pale reflection.

For ships approaching Bral from the inner system, the veil of smog and the debris rings give the asteroid the appearance of a smoke-coloured pearl resting on a silver plate. The scree belt stretches out a couple of hundred kilometers spinward and is made up of trailings from mining Bral itself, and from breaking down smaller asteroids towed in to be stripped of minerals. This scree is mixed with garbage, lost items, dead bodies, and the generic detritus from the busy human hive.

To approach the docks located along the equatorial spin line, a ships has to negotiate the scree field and the smog. Channels, marked by lit buoys, are kept open by a small fleet of squat and thick hulled boats, constantly clearing lanes leading to the docks on the asteroid’s spinward equator.

Smoke stacks from factories, smelters, and power plants jut out from the surface, deep enough to spew their smog into the void. These slender spires are dwarfed by massive exhaust towers, venting out smoke and spent air from the hundreds of thousands who live in warrens in the bowels of the rock.

Some 350.000 souls call Bral their home, most of them living in the subterranean warrens. These large apartment clusters fill the cavernous holes left inside the asteroid by the mining operation. For the vast majority, living conditions are quite dismal, with a dozen or more to a single room.

Work is plentiful. The mining companies bring in smaller asteroids that are moored off of one of the myriad of shadowside adits. The mines feed the smelters where minerals are refined and cast into ingots for export. Air and water are brought to Bral from the rings of Oberon. A fleet of tugs is constantly hauling icebergs in to be moored next to the asteroids. Here they are broken down and fed into the fission mills that separate the ice into potable water and breathable air. This is then piped into the pipelines that distribute it among the districts.

Apart from the mining, there are also a handful of factories on Bral, the largest being the Hagmire & Sons Foundry. The docks and general maintenance also employ thousands.

The wealthy live on or near the Sunward surface, in spacious mansion-like dwellings filled with air purifying plants. Given the vertical spin, this side of the asteroid gets constant sunlight. Without the smog cloud, the surface temperature would be hot enough to set wood on fire. The estates are connected by a network of subways, tying them together and linking up with the main rail tubes at Union Station.

The Labyrinth is a large network of tunnels left after the original mining operation. It runs through the asteroid, connecting most of the districts. With blind shafts, pits, and caved in sections, it has become the official domain of the underworld of Bral. Illegal gambling, unlicensed brothels, and numerous dens of scum and villainy can be found here. Despite the tall smoke stacks, the greasy, granular smog is constant and ever present on Bral. It leaves a sooty film on every exposed surface and limits the palette to shades of grey.

While most homes are fitted with air scrubbers, these whirling and energy consuming machines are fairly expensive and prone to breakdowns. In lower class holes, the scrubbers, if they work, tend only to be used at night. On the other end of the spectrum, the large Sunward mansions use powerful central scrubbers, providing clean, perfumed air to every room. They will also have large sunrooms filled with ferns and other oxygen producing plants. When outside of their home, most inhabitants will wear filtering masks or even carry oxygen containers. Still, respiratory illnesses are endemic.

The Lord Provost is appointed by the Arcutrean Trading Company’s Court of Directors. Currently, this is Gaius Arthurianus Wayland, a dour industrial lord from Corregidor. He oversees the civilian bureaucracy and is the highest ranking ATC military officer in the Severn Belt. He is charged with ensuring that the shareholders receive their returns and that the inhabitants of the Belt are protected, in order of priority.

All civilian department heads on Bral report to the Lord Provost. Among these, Chief Prefect Agatha Wong who runs the constabulary and is mandated with safeguarding trade, industry, and station integrity.

As is the case on every Commonwealth base, Bral’s government relies on an analytical engine to communicate with Corregidor and to vet budgets and important policy decisions. The Central Analytical Prognosticator and Tracking Apparatus with Incorporated Node (CAPTAIN) is housed beneath the ATC citadel, in a high security cavern. The node, a powerful magnetographic transceiver, is capable of communicating with other nodes across the galaxy.

This also makes communication with relatives or business partners possible for ordinary inhabitants of Bral. For those who can afford it, at any rate. A magnetogram is composed and transmitted. It can take hours for it to reach its destination, having to be relayed from node to node until it reaches the intended destination. The recipient then has to be notified and an answer has to be transmitted back in the same manner. Wealthy individuals and certain businesses will often have a ticker that continuously prints tape detailing news or stock price developments, or even gambling results.

Newer Post Older Post Home
Subscribe to: Post Comments (Atom)
This is a mostly inactive - but still moderated - blog about roleplaying. More to the point, it is a blog about my roleplaying. The blog was created as a forum for my writing and rambling about the games I ran in my own roleplaying world: the world of Argos and the multiverse surrounding it. The majority of the posts from 2011 and earlier will be on that topic.
In the past I have briefly explored the OSR, and for a while I posted on my quest for the roots of the hobby. I've also run a few sessions using a D&D 3.X hack as well a Cyberpunk/Mage-setting and I've played in a few different games. The present game is set in the multiverse that sprang out of the Argos-games, using the GUMSHOE/Trail of Cthulhu engine.
You will, of course, be able to find other things - as well as other games - here as well; at least in my mind, most of it is somehow connected to my storytelling and world-building.
Disclaimer: Links from this site to Amazon.com and DriveThruRPG are sponsored.
Scroll down for subscription options.