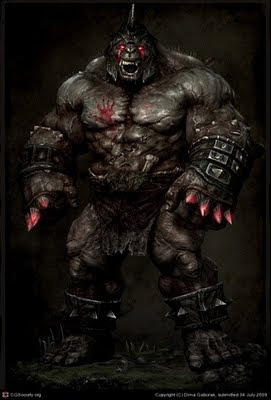 This is a synopsis of the last session.

The Company was summoned to the Marshall's tent, and before they left they were arguing their future course. M'narcel had, as we remember, agreed to kill Akkran the Slaver. Now, for some reason, both the Captain and van Zaar had problems with this. Still, they decided to go ahead with it and pitch their plan to the Marshall.

On the way to the command tent, the Captain was approached by a Mr Pettigrew. This fellow claimed to be with the Pendrellian Foreign Office, and offered the Captain a piece of information as a token of good will. He informed of a certain Father Tomas, an Aragonian Black Hand, who was here after a member of the Pius Cabal. Unfortunately, Mr Pettigrew couldn't say which member, since that piece of paper seemed to have been lost.

The Captain decided to keep this in mind.

In the command tent, the Marshall, his second, general Swartmark, an un-named Fire Lord, and an Aragonian priest waited for them.

Van Zaar presented the Company's plan to infiltrate the city of Victoria, and possibly neutralize some of the defenses before the Host turned towards this city. Without further ado this was approved.

Before they left the tent, the priest approached M'narcel and took his hand. He then looked him in the eye and called him by his truename and said, "you have received the Black Mark." M'narcel tried to stare the Father down, but had to cast his eyes down after a little while when a sharp pain shot through his head. When he turned away, a trickle of blood ran from his nose, and he had a inky, black mark between his thumb and his index finger.

When they left the camp of the Host the next morning, the marines were dressed as Blood Legion, and the Enæïd had been equipped with large, black cloaks. The plan was that M'narcel should act as a merchant, the Master Merchant Drake, the rest as his escort, and that they should just ride up to the city and ask for directions to Akkran's house.

This went smoothly, and during the two days it took them to reach Victoria, they were not bothered.

The Company got to see a little of how the Colonies worked, a generation after the occupation; most menial labor were done by scores of slaves, with human overseers. Soldiers and toughs were plentiful, but they saw relatively few of the Orc.

Upon arrival at the gates of Victoria, the Captain had had to have words with Master Drake, as the merchant took only too well to being in charge (it could also be mentioned that while the rest of the party struggled with the heat, Drake/M'narcel, wearing a black, leather overcoat, jacket and cravatte, had no such problems). Some worried that he was taking to the act a little too well.

Gaining entry to the city proved to be quite easy, as none seemed willing to challenge the sinister-looking Master Merchant who travelled with a Blood Legion escort and eighteen giants.

And so the Copany found themselves outside Akkran's gate. Again, the appearance of Drake, and his attitude, proved helpful. Of course, Akkran wasn't prepared to let fourty armed men into his house, so the Company left their troops outside under the command of lt. Lance and entered the proverbial lion's den.

Now, Akkran the Slaver was a prudent man. He had both mercenaries, monsters and a few Black Bloods, all dangerous-looking and ready for a brawl, on the premises. In Akkran's throne-room alone, the Company counted thirty one armed hostiles.

Akkran himself, an enormously obese man, dressed only in a loincloth, were lying on a large pile of pillows on a podium. A naked girl, too young, were hand feeding him sweetmeats and grapes. Around the throne-room, applicants and guards sat around tables, drinking, gambling and doing business. On the edge of the podium sat a naked man, dark skinned and muscular, a disinterested look on his face, a white, silver collar around his neck, playing absenimdedly with a small flame.

The Major Domo started the negotiations with Drake - the eminent Akkran was not the kind of man who deigned to talk to just anyone.

When it became apparent that Drake meant to sell the eighteen giants, Akkran wanted to see how good they were. Prince Aegir, being in the room, became the natural choice for the demonstration, and when the pit was opened he jumped in.

And that's how the fight started.

The monster in the pit proved to be a pit-troll, a four meter tall mountain of hurt, with small, malevolent eyes. As the troll attacked, Drake and the Major Domo were arguing terms for a bet. Van Zaar, Galan and Banzel had prepared for action, Galan coordinating it through mental projection (thus avoiding the attention of the hostiles).

The Prince manages to wound the troll, but takes a jab to the shoulder that all but sends him on his back. Banzel, having prepared his magic, whips out his gun and puts a bolt between the fat slaver's eyes. The Captain blows the brain out of the Major Domo's skull, and van Zaar runs to the Naked Man.

Drake/M'narcel is about as suprised as the, now dead, Major Domo, while the Prince has his hands full in the pit. Before things get completely out of hand, the Captain sends a telepathic order to lt. Lance to attack.

M'narcel sees an opportunity here, and although it'll cost him, he draws upon the dark powers and commands the court of the dead slaver to kneel before him.

In the pit, the Prince is taking a severe beating. The troll doesn't seem to know pain, and even if its lost use of one leg, and one wound has exposed its innards, it has enough hurt left in it to fell the Enæïd with a blow to the kidneys. Luckily, by now the rest of the fight has been stopped, and Banzel puts a bullet in its eye.

It all lasted less than ten seconds, and the only member of the Company that got injured was the Prince, while providing the distraction. M'narcel, however, was now bleeding from his nose and ears.

Before the throne-room was emptied, one of the musicians, a slender-looking Orc, approached the Company. He presented himself as the Storyteller, and told that last night Armand had sailed for Cora with a large fleet, intending to take the two gateposts that stood there.

The Naked Man? Well, Akkran had a ring made from the same metal as the collar, and it was quickly established that without some nifty magic, the bond could not be broken. So when we left off, they had a tame Fire Lord.

Storyteller's note: Another good night, and the guys were in a good mood when we left the basement.

The biggest challenge, as I see it, is to keep all the characters in the action, or at least in the story. With five players, I find that I have to be quite firm if I'm to keep things moving. But thankfully, there are no real power-gamers in the group. Still, one can only try.

On another note, the characters are now starting to really come out. In the future I see them facing off against eachother on a few issues, unless they manage to keep the musketeerish attitude they've been cultivating.