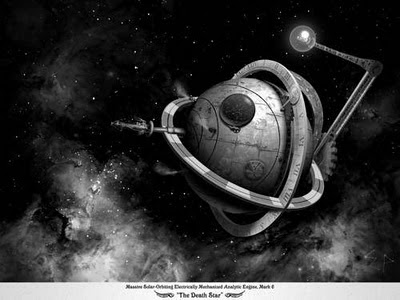 A little while ago, Akrasia over at Akratic Wizardry, posted on the 17th century Jacobean Space Programme. I'd never heard about it at the time, and it literally made me sit up straight and take notice. Since then I've done some light digging, and, damn! those guys were serious about it. And so, since this topic dovetails ever so neatly with the world of Argos, I'll devote an HR-post to this matter.


“[There] may be some other meanes invented for a conveyance to the Moone, and though it may seeme a terrible and impossible thing ever to passe through the vaste spaces of the aire, yet no question there would bee some men who durst venture [this].”

The Reverend Dr John Wilkins (1614 – 1672), brother in law of the right famous Oliver Cromwell, studied at Oxford in the early 1600's, and later became a strong advocate of an expedition to the moon. The precepts of this, in hindsight utterly outrageous proposition, were as follows:

The issue of the fallibility of the ancients is a factor Dr Allan Chapman places great weight on in his lecture. In prior generations, learned men were scholars (i.e. reading the works of the great minds of the old world), whereas now they were scientists. Chapman almost goes as far as to say that a great motivator for these modern minds were to debunk the myths of the Greeks and the Romans. Jupiter, for one, was thought to be another star on the night sky. Through examination through modern means, however, it was proven to be a planet with its own moons orbiting it.
The moon, again according to the ancients, were thought to be a silvery ball. Through the telescope, however, it looked as if it had landscapes akin to what we find here on earth. It actually appeared like there were areas fit for habitation, and if God in His wisdom created a habitable place, would He then not create inhabitants to dwell there as well?
So how did the Reverend Dr Wilkins propose to get there? Being a man of reason, he had devised an elaborate plan. According to his calculations (bear in mind that this was before Newton got the apple in his his head), reaching a hight of about 20 miles would allow one to escape the earth's magnetism, and thus fly through space. He further reasoned that once the expedition slipped free of this pull, the digestive systems of the crew would no longer be subject to the confines of terrestrial mechanisms. In fact, they would no longer feel hunger, and so would not need to bring any food. A great weight saver right there.
On the issue of breathing, Dr Wilkins argued that once the astral explorers became accustomed to breathing the pure air the angels breathed, they would not suffocate, or even become light-headed - something experienced by mountaineers.
As for the means for transportation, the good doctor had it all worked out. Ten or perhaps twenty men would form a club, each paying 20 guineas or so to have a blacksmith assemble the ship from a set of elaborate plans. Using great springs, clockwork mechanisms, feathers from high-flying birds, and gunpowder, the ship would then, from a low angle take-off, become airborne. And once in the air, all you had to do was set a course for the moon.
However, by the 1660's, after a series of experiments with flying machines, Dr Wilkins had come to axcept that the moon was yet out of his reach.
In the original post, Akrasia mentioned the new RPG Clockwork & Chivalry, and wondered whether this would be incorporated in this game. In the comments, Ken Walton, of Cakebread & Walton: Purveyors of Fine Imaginings, the team behind C&C, could confirm this. Here's a snippet from his reply: "It’s the talk of the town in the London coffee houses – how everyone’s buying shares in the Company of Gentleman Adventurers Trading into the Moon! In the London docks a ship is being built, designed by Clockwork genius John Wilkins, a ship that can fly."
That game is on my Christmas List.
Sources:
Akratic Wizardry
Wikipedia
The Jacobean Space Programme, by Dr Allan Chapman
Skymania
[Picture source: Verybadfrog.com]