An Introduction to the Book of Worlds 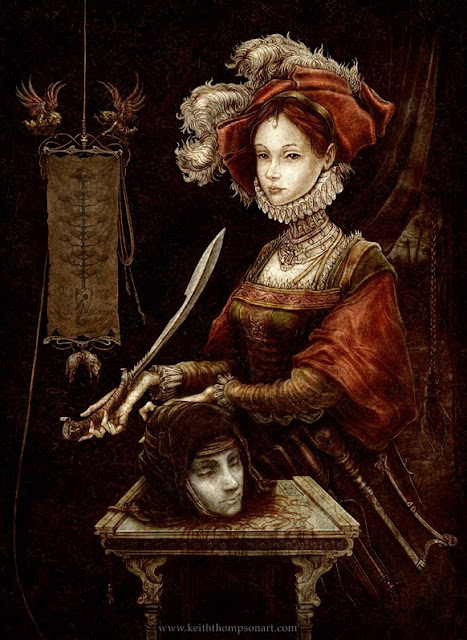 This is something I've been meaning to write for a long time. If you are a new player in the Book of Worlds, or if you are just plain curious, this is the first post you should read. It should give you a basic understanding of the world of Argos, and the events that are taking place there.
This post will be edited to reflect changes in the world, and links will be added to this text as the relevant posts are published.
For any questions you may have, please post them in the comment field - I am notified of comments even on old posts - or you could talk to me in person, if that is an option. I will do my best to provide a satisfying answer.
Introduction
The world of Argos is dominated by Early Enlightenment-era cultures, and much of the real-world reference material used to build it is drawn from the 17th century. This is the age of flintlock pistols, of fencing and intrigue, of burgeoning science, of pikes, muskets and cavalry, of trade and piracy, and much more. Think Three Musketeers, Solomon Kane, the English Civil War, the Thirty Years War, Francis Bacon, Isaac Newton and Galileo Galilei.
It is also a world in which magic is awakening after having been suppressed for a millennium. The history of Argos is the history of the rise and fall of civilizations, of mythic ages and great wars between good and evil, between races, kingdoms and religions, and even between gods and men.
Unlike our own world in the corresponding period, this world has not yet reached a stage where the world is mapped out, let alone fully settled. There are vast tracts of land where no civilized being has ever walked, and in these regions, fantastic and terrible things dwell. The world is divided into different Realms, or Paradigms, and each such Realm has its distinct metaphysical rules. Why this is so, or the exact nature of these differences is one of the great mysteries.
At present, the Third Age is coming to an end, and the Great War has broken out all across Argos. The Old Enemy, the Sleeper in the Deep has gathered its strength and is now reaching out to devour all of Creation. The world is changing, and the chronicles of the Book of Worlds are about that change.
Eria
Many peoples call Argos their home, but current events focus around the Erian continent. Here we find the kingdoms that formed the Hegemony of Man after the last Great War. Most of these realms sprung out of the old Skythian Empire - the Empire that defeated the gods and the elves in a long series of wars known as the Godslayer Wars and the Wars of Domination. Having driven all supernatural influences out of the World of Man, the Empire then outlawed magic, a decree that stood for a thousand years.
Throughout the Third Age, the Erians have stood divided between the two rivalling belief systems of the Cabal of Pure Thought and the Temple of Man Supreme. Both believed that humans were the highest form of life in all Creation, and that any other race was a blasphemy.


The most active of these outsiders are the Ordo Ultima Thule. This organization comes from a dead world far away, and their goal is to awaken the Sleeper in the Deep. They are far more advanced than the cultures of Argos, and they employ dark arts and foul rituals to warp the human body and soul to serve their blasphemous goals.
The Game
The Book of Worlds is about mystery, magic, horror, and the eternal struggle against good and evil. It is about the fallibility, and the folly, of man. It is about telling a captivating story, and seeing the characters and the setting change and grow as a result of the choices made.


The game is Mage: the Awakening, with elements of the other White Wolf-lines thrown in. There is also an element of fantasy added to the mix, as well as a liberal dash of Call of Cthulhu - the Sleeper in the Deep is in fact the Great Old One.
Further reading
The following posts also provide valuable information on the setting.
Argos, a short introduction - the first introduction post, written when the world was still relatively young.

Atlas, vol. I - a Flikr album that contains most of the maps I have drawn for Argos. A work in progress.
Chapters - here you can find play-reports of the previous sessions.
Historical References - this is the label I use when I publish source material from our own history.
Languages - A list of the languages spoken on Argos.
Mechanics - under this label you will find some of the house-rules of the BoW, as well as a few resources for playing and understanding the system.
Metaphysical Topography - here you can read about the various planes, and how they relate to the physical reality.
The Pantheon of Argos - an overview of contemporary deities.
Timeline - this timeline is kept up to date, and most important events are listed.
Tower of Heavens - the Rosetta Stone of the Book of Worlds. This is the first written material ever produced for this setting, and almost everything since is based upon this.
Under the "Index" header in the side-bar of this blog you will find a list of links to informative posts and resources of my own making. Further down, under "Other Resources," you can find relevant off-site resources that will help you build and play a character in the Book of Worlds.
[Artist: Keith Thompson]